Social Media Statistics show that social media and social media marketing is here to stay in 2016 and long beyond. Here are the facts and numbers that proof it.

Social Media Marketing is not a fun game – it is a serious business. But some of the numbers may not be what you expect and many of them can point your business in the right direction. Knowing the market is necessary for better results.

Know your numbers and be a better marketer!

Some facts and numbers simply can and should not be ignored. Before you decide on your Social Media strategy for your business take a look at the following social media statistics – you may be surprised. 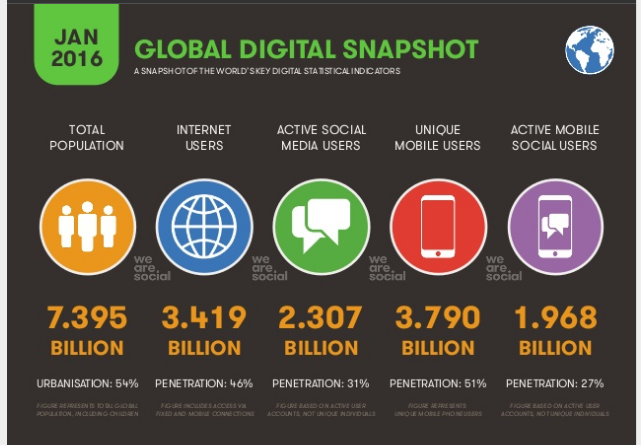 Here is one of the social media statistics that never fails to impress: Considering a world population of 7.4 bio. people and 2.3 bio. active users of one or other social media platform, an impressive 31% of the world’s population takes an active part in social media.

Source: We Are Social

Unsurprisingly Facebook is the most used channel with 100% saturation for most of the considered categories. Twitter came in second with still more than 90% saturation followed by Youtube.

3. Internet users have an average of 5.54 Social Media accounts 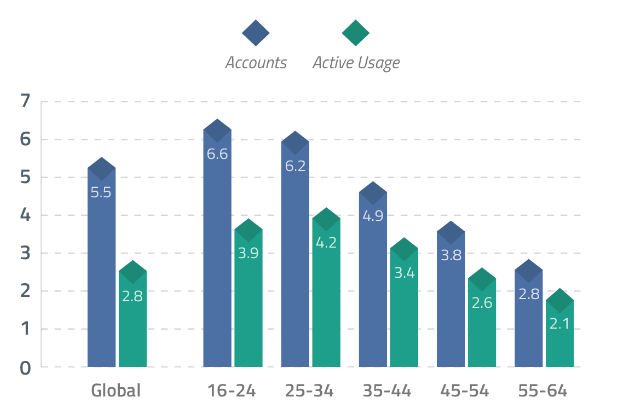 While people only actively engage on 2.82 social platforms, they have accounts on 5.54 social networks. The age group of 16 – 24 have the most social accounts (6.649). This age group is most loyal to Facebook followed by LinkedIn.

If you want to reach out to executives, LinkedIn will most of the time be the place to go.

5. 96% of the people that discuss a brand online, do not follow the brand on social media

Counting a brand’s followers is more or less a vanity metric. Most of the conversations about a brand are not going on on their social profiles.

6. 78% of the people that complain to a brand on Twitter expect an answer within an hour

53% of people expect a response to a question on Twitter to come within an hour. For complaints people are even less patient: 78% expect an answer within an hour. 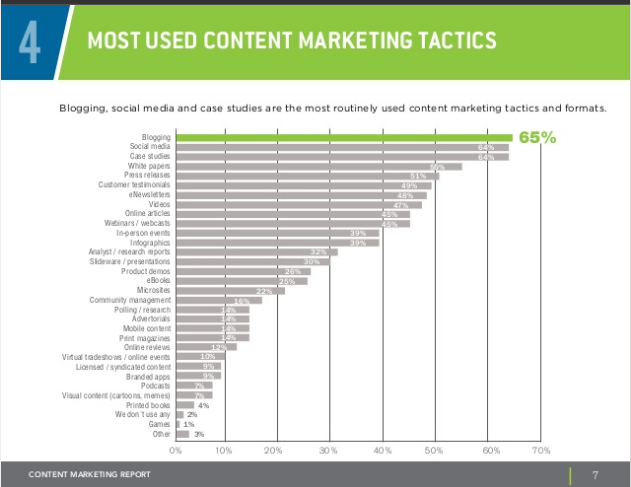 While many content marketing tactics go hand in hand and influence the success of the other, these are the most commonly identified methods with a positive impact.

Only 2 mio. of them are active advertisers. 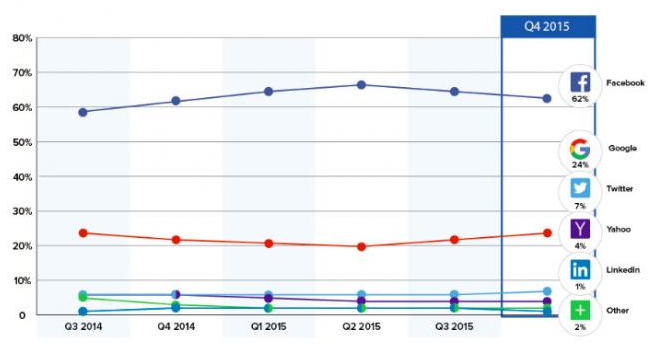 When logging into brands, publishers or apps, most people still use Facebook. Google accounts for 24% of social logins, Twitter for only 7%.

10. 500 mio. people visit Twitter every month – without logging in

That is 6000 tweets every second, 350000 per minute – on average. Not every second or minute is equal, some events account for high peaks in Tweets per second. 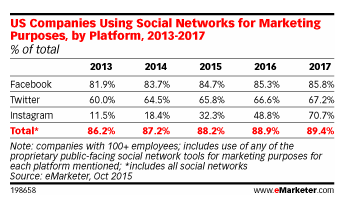 Instagram is still in third place with 48,8% of US companies – but closing in rapidly and likely to overtake Twitter in 2017.

14. More than 1 mio. members have published content on LinkedIn

LinkedIn has 400 mio. members, 100 mio. of those log in on a monthly basis. Only 1 mio. of those members have used the opportunity to publish content directly on LinkedIn.

16. 47 % of people say that Facebook has influenced their purchase behavior

That number is increasing rapidly – the previous year 68% of people said there was no influence on their purchase behavior via Facebook.

17. 46% of marketers are still not sure they have generated ROI 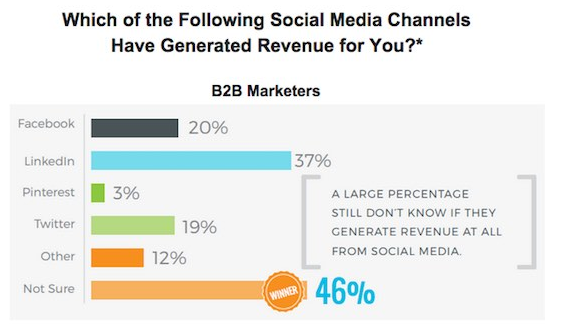 13% are sure they generated ROI. Part of this may be due to the fact that only 14% connect social media activities to sales. 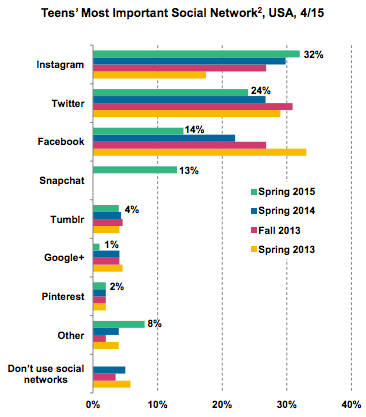 18. Instagram is the most important social network for teens and young adults (32%).

19. 60% think that measuring ROI is one of their top social media marketing challenges.

Other challenges are tying social activities to a business outcome (50%) and developing their social media strategy (48%). 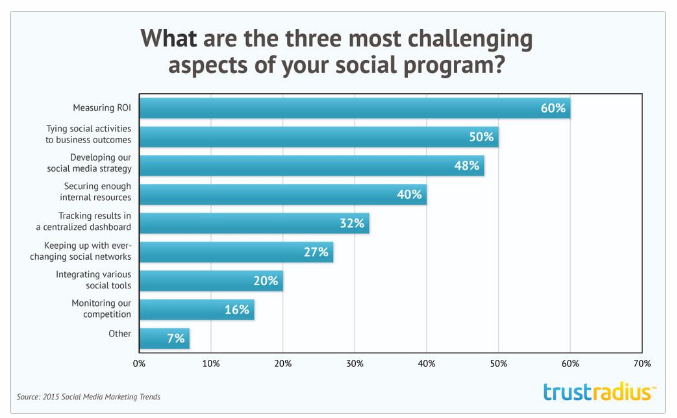 20. 64% of sales people reported closing at least one deal as a direct result of using social media

21. The most important goal for small business social media programms is brand awareness (74%)

22. 43% of digital marketers say social media is one of their most effective tactics 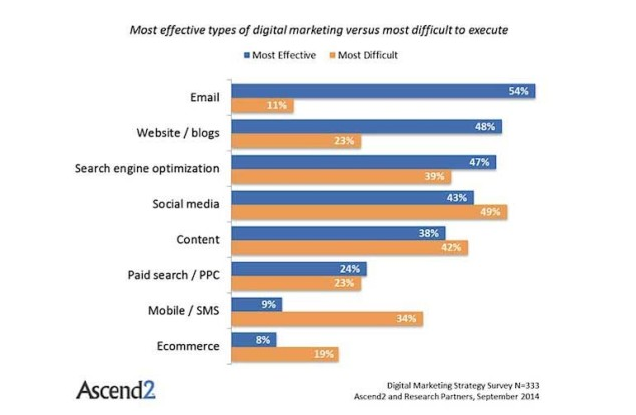 49% of the digital marketers also claim it is one of the most difficult tactics.

Source: The Next Web

23. 57% of customers say they are influenced by positive online comments and praise 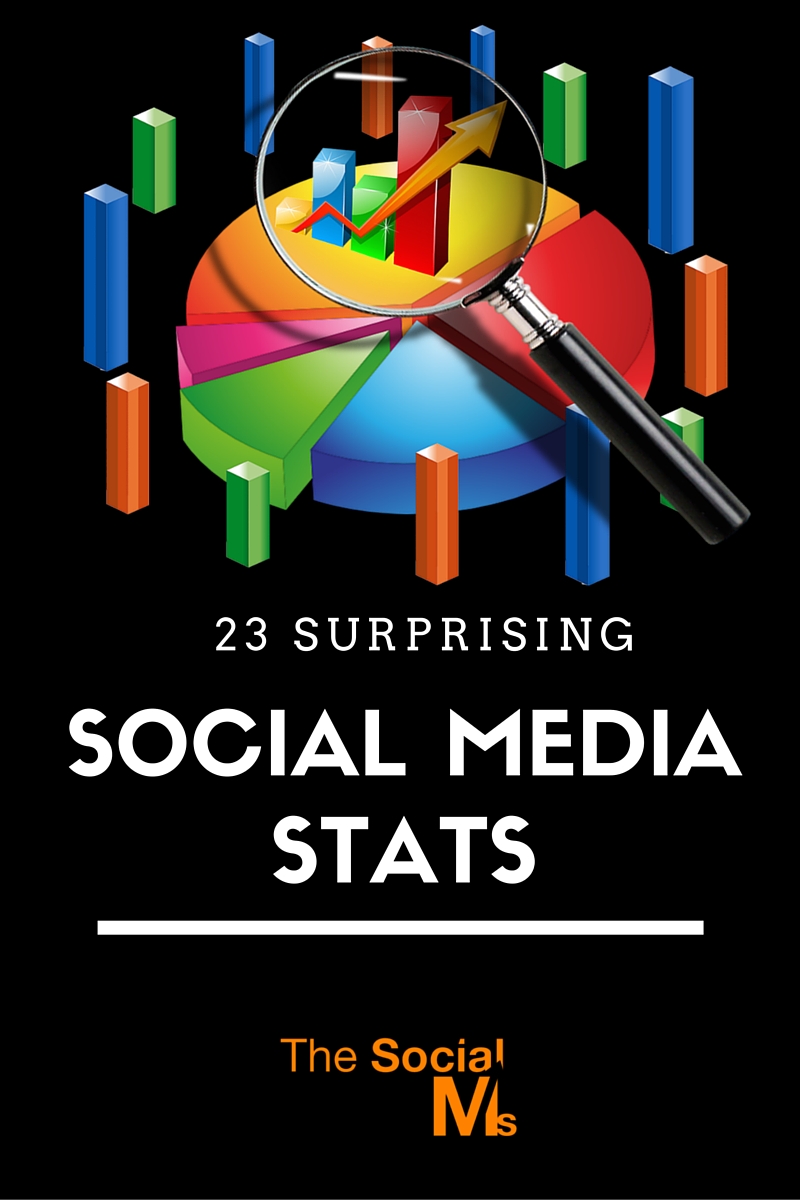 16% of consumers say they only share positive reviews. Still, 24% of small businesses have no social media presence at all.

There is so much to know about social media, the impact it can have on your business and what you can achieve with it. Some of these social media statistics and numbers may just help to point you in the right direction, clear up some misunderstandings and confirm the power social media has.

Handle the numbers with care. Social Media is evolving and the numbers can  change quickly. And while social media statistics are great to learn from, they do not mean that the numbers can be applied to any business and situation. You still need to figure out your own best practices and the right social networks for your situation.